A new survey discovers that there’s more bacteria on your steering wheel than there is on your toilet seat. Happily, your rental car less of a risk than some other options… 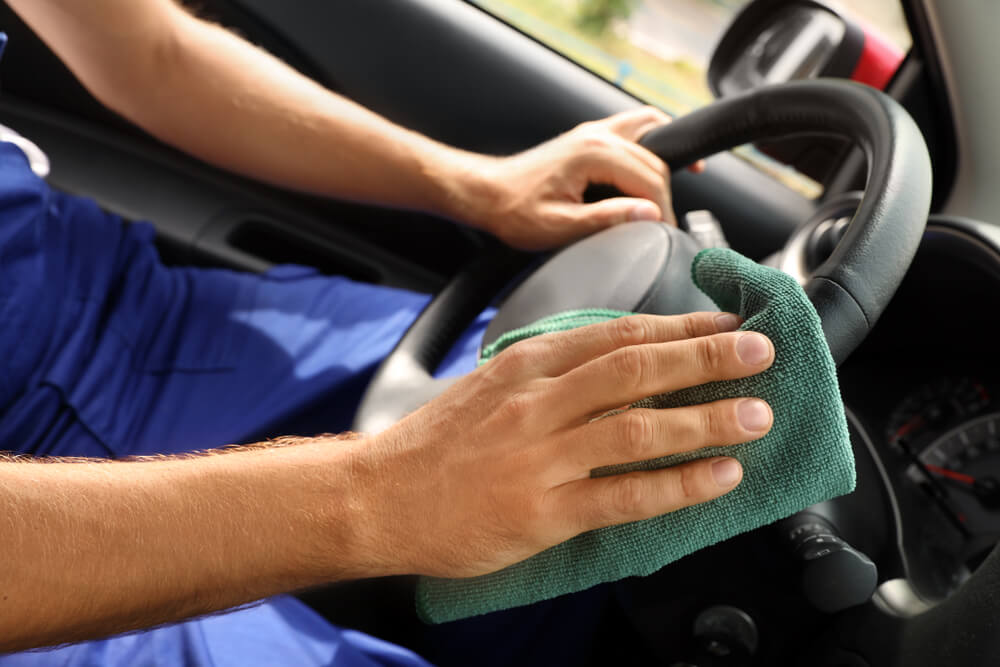 In a survey of 1,000 American drivers for CarRentals.com, just 32% said they cleaned the inside of their car more than once a year. 12% said they never cleaned it. This is a problem, because the leather, plastic and fabric surfaces of car interiors can be perfect breeding grounds for bacteria, a problem made much worse when you fail to recover that chunk of Greggs pasty that dropped down the side of the seat. In warm weather, decaying food harbours blooming numbers of bacteria that your aircon system then recirculates around the car.

According to the survey, there are around 700 strains of bacteria living in your car. Your steering wheel and cup holders are the most germ-ridden locations, providing home to up to 629 CFUs (colony forming units) on average. Seat belts, gear sticks, door handles and volume controls are also prime germ collectors.

All told, the average car interior is 2,144 times dirtier than your average smartphone screen, which typically isn’t exactly an advertisement for cleanliness itself.

Of the two most common car-based bacteria, staphylococcus can cause MRSA, skin infections and food poisoning whilst propionibacterium specialises in skin-based inflammation and infection.

We’re not claiming hire cars and vans to have gleaming clean-room standards, but the survey does compare rental cars to rideshares and finds that rideshare cars are 3 times germier than rental vehicles.

And having read this survey, we’ll now be giving our steering wheels and cupholders some extra attention too…

To arrange your (cleaner) van or car hire, talk to us.