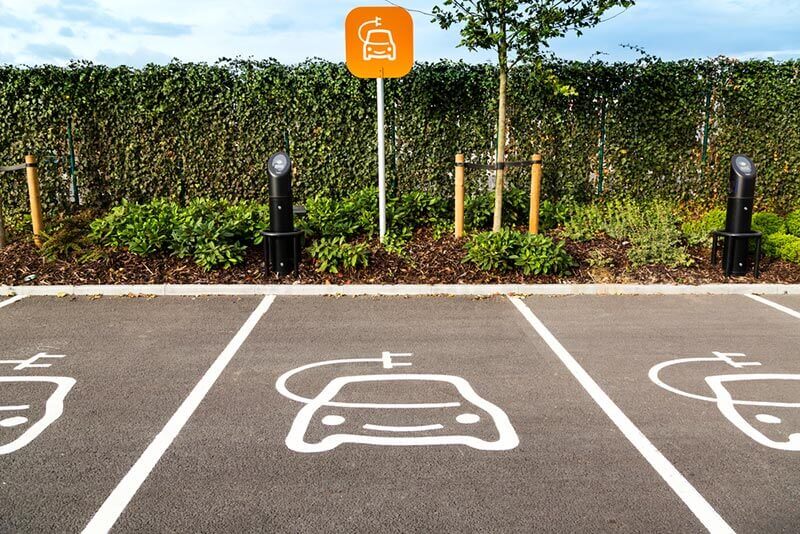 Once day, it’s probably safe to assume, every one of our hire vehicles – and every vehicle for that matter – will be electricity or hydrogen powered. Certainly, the internal combustion engine as we know it will be a thing of the past.

We’re a long way from that yet, of course, and one of the barriers to it has been the need to keep infrastructure growth in line with electric vehicle (EV) sales. After all, you won’t be driving very far without enough places to recharge your EV.

Recently, however, a customer who rented one of our electric vans reported that when they pulled up at their local supermarket’s recharge point, one of the available spots was taken up by a non-electric vehicle.

The practice of parking a regular internal combustion engine vehicle in an electric vehicle charging bay is known as ICEing. If that leaves nowhere for you to recharge then you have been ‘iced’. This is something that has been around for a while – we first came across it in 2016 – but whilst this article from the same year in driveEV suggested that ICEing happens in error because drivers are unfamiliar with EV infrastructure, it’s difficult to imagine that’s still the case.

Are there any drivers in the UK who don’t know what an electric charging point looks like?

Which suggests that the growing trend in ICEing is down to something rather more sinister.

US war on ice

That’s supported by action taken by some companies in the US, who are using number plate recognition cameras to identify vehicles that park in charging bays but don’t charge.

This has been a growing trend recently, with some pickup truck owners taking to blocking charging bays in what appears to be a protest against electric vehicles. It’s not the only anti-ice device out there either. In China, Tesla owners lower the security bollards around charge points by using an app.

Fortunately, the trend seems not to have caught in in quite the same way in the UK (yet!). And for the sake of the people who hire our electric vans, we hope it stays that way.

Want to rent a van? Find our best prices here.