As the Welsh First Minister suggests 20mph should be the default speed limit for residential areas, we ask what difference would it make if 20 mph was adopted across the UK? 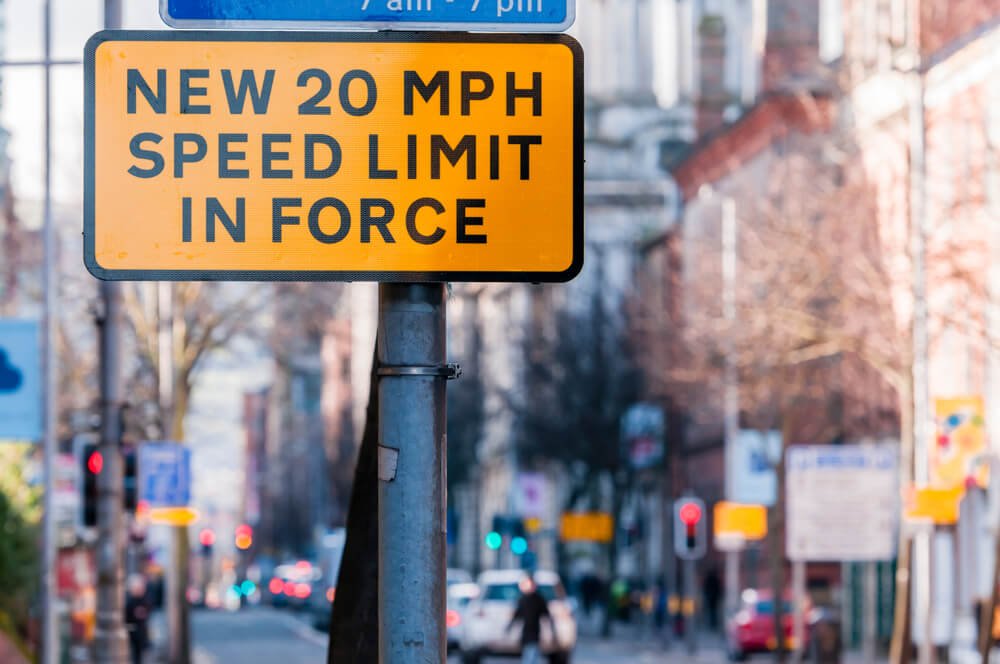 It’s not as if 20 mph zones are a new thing. Take your rental van or hire car past any school or hospital and chances are you’ll be limited to 20mph. But a recent question to the Welsh parliament revealed that Wales is looking at making 20mph the default speed for all residential areas. Now granted, hire a car in Leeds or rent a van in Rugby from one of our depots and chances are you won’t be making a beeline for Cardiff, but every scheme has to start somewhere before spreading nationally. There are similar proposals for central London too.

So what’s the case for lowering the speed limit?

As this article notes, hit a pedestrian at 20mph and they’ll have less than a 10% risk of dying. Hit them at 32mph and that risk shoots up to 25%. Every 1% reduction in speed cuts casualties by 6%.

It’s not just injury reduction though. Pilot schemes in Bristol and Edinburgh have showed that lower speeds increase the numbers of cyclists and pedestrians, which in turn improves air quality and the pleasantness of the environment.

That’s not the finding everywhere, though. Manchester halted its 20mph scheme because of unimpressive results. The RAC reports that the “DfT’s end of year report in 2018 found that 20mph zones in England failed to improve road safety, reduce air pollution or increase the uptake of walking or cycling over a four-year period.”

And as government figures also show, hardly anyone keeps to the limits anyway. As Auto Express reported: “Government figures have revealed 86 cent of car drivers break 20mph zones, rising to 94 per cent in the small hours of the morning.”

You’d have to be a particular sort of speed demon not to see the value in reducing limits to 20mph if the picture of the benefits was a consistent one – but it isn’t. As long as the rationale is a bit muddy then it’s hard to see where the buy-in will come from for the driving public. Add in a lack of enforcement, and it seems there’s a long way to go to before you’ll have to drive your lease car or van at 20 mph in every residential area.

Rent your next car or van with us. Get in touch to find our best prices.