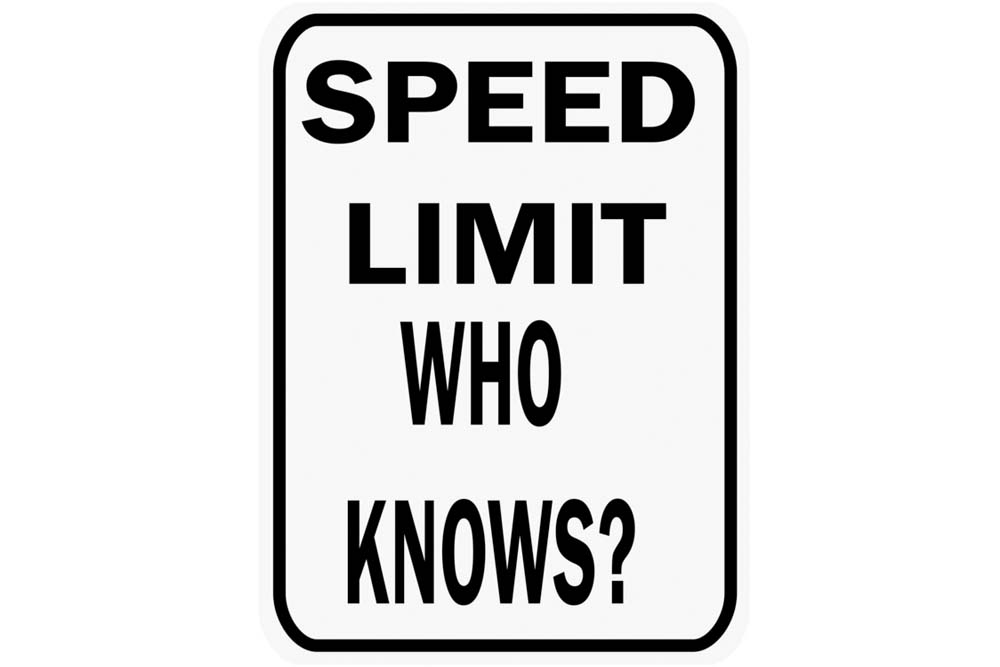 Take one of our lease cars or vans a half hour drive east from our Scunthorpe HQ and you’ll reach Grimsby, famous for its fishing, and for being the childhood home of speed demon Guy Martin; Kevin and Joanne Clifton from Strictly and, er… well, not much else. Until recently, that is, because Grimsby has become home to the UK’s most eccentric road signs.

We became aware of this when some of our customers who had been using our lease vans to carry out deliveries in Grimsby, reported something odd happening with the speed limits there.

Bizarrely, Grimsby Council has installed more than 50 road signs and bays imposing a new 20 mph speed limit, despite the speed limit not yet being agreed. As consultation was set to run until after the erection of the signs, council workers had to quickly retrace their steps and paint over every one.

The result is a series of speed signs which currently show no speed limit at all, just a grey blob.

As reported by the RAC, “a local takeaway owner called the signs ‘a complete waste of money.’

“‘I watched them putting up the signs. Then they paint the signs while we were open. We just do not know what is going on and it doesn’t look like the council know either.’”

The consultation period is now over but, with local elections looming, the decision on whether the limits will officially be imposed (and therefore whether the signs can stay) is yet to be made.

But the story doesn’t end there because, as a result of the 20mph zones, council workers have also installed 30 mph signs to indicate where the 20 zones end – and 18 of them are in cul-de-sacs in which, residents have told Grimsby Live, it would be virtually impossible to reach 30 anyway.

We’d probably best clarify too that, despite the confusion, where signs are not painted over, that’s the speed limit and it needs to be obeyed!

Need a rental van or car to take you to Grimsby (or anywhere else)? Talk to TJS.