Using our rental cars or vans to make deliveries? Don’t keep them running when you park up. 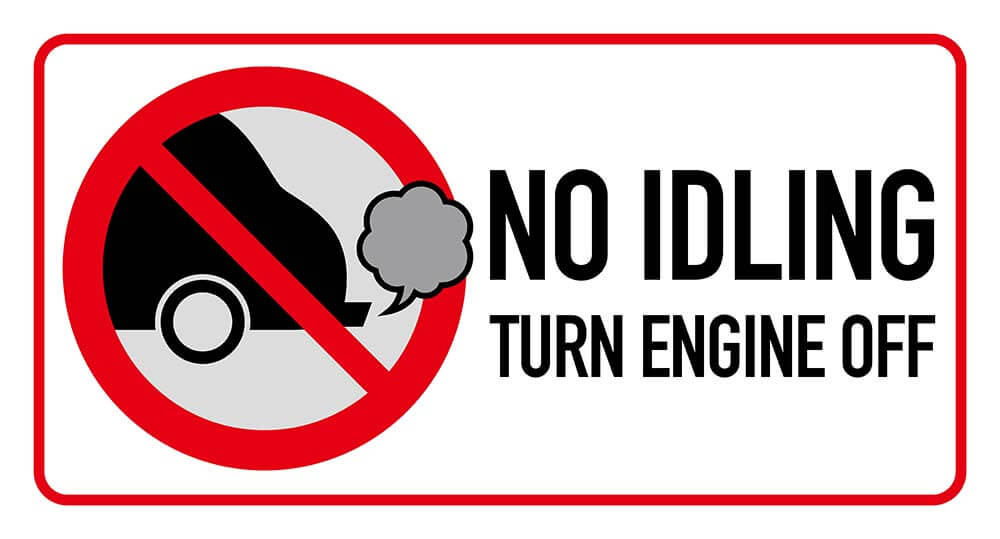 Most of us, it’s probably fair to say, know what idling (in a motoring sense) is. It’s stopping the car but keeping the engine running, and we’ve probably all done it when, for example, picking up or dropping off members of the family, making a quick delivery, or perhaps spotting someone we know on the pavement and pulling over for a quick chat.

But did you know idling is illegal?

According to Rule 123 of the Highway Code, “You MUST NOT leave a parked vehicle unattended with the engine running or leave a vehicle engine running unnecessarily while that vehicle is stationary on a public road. Generally, if the vehicle is stationary and is likely to remain so for more than a couple of minutes, you should apply the parking brake and switch off the engine to reduce emissions and noise pollution.”

The rule does exclude idling whilst being stationary in traffic, or for fault-finding on your vehicle, but for everything else it’s a breach of the law. So how come we hear of people being fined all the time for use of mobiles, tailgating or straying into bus lanes, but never, as far as we can recall, for idling?

If idling has felt like a very low level offence until now, that could all be about to change thanks to transport minister Chris Grayling. If you’re unlucky enough to be fined for idling at present the penalty will be £20 providing you pay within 28 days.

But the minister and his department are exploring ways of increasing that fine so it falls in line with similar motoring offences, and it could be enforced particularly stringently in areas where air pollution is of major concern – in major towns and cities, and especially near schools.

“We are determined to crack down on drivers who pollute our communities by leaving their engines running, particularly outside school gates where our children are breathing in this toxic air,” he said, as reported in The Mirror.

So, if you’re caught with your hire car or rental van idling whilst you make a swift delivery, what sort of fines could you be looking at in the future? Well, given that the government wants to bring idling into line with similar offences, it seems likely the new fine will fall somewhere between £60 (the fine for using your mobile at the wheel) and £100 (the penalty for speeding) – five times the current level. Whether any points will be attached to your licence is unclear at present.

So if you want to ensure that the stop-offs or deliveries you make in your rental vehicle don’t land you with a hefty fine, remember: when you pull up, switch off.

Talk to us about your next car rental now.