Driving your hire vehicle on a smart motorway? From this summer, when you see the red X above your lane, get out of it or face an automatic fine. 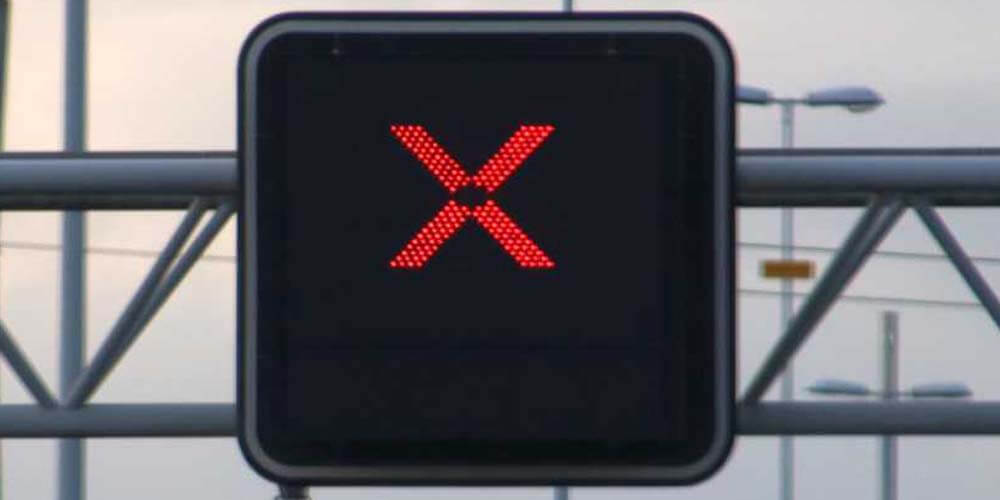 We’re tempted to file this news story under ‘we thought they already did that’ but it turns out that the UK’s smart motorways haven’t been quite as smart as we first thought – at least up until now.

If you’ve driven our lease vehicles for virtually any distance on the motorway network recently, you’ll have found yourself on a smart motorway, the stretches of road with variable speed limits and lane numbers dictated by the gantry signs above your head.

When a lane is out of action (usually because there’s a broken down vehicle in it, or because it’s the hard shoulder and only used as a lane during rush hour) you’ll find a large red X above it. Once you see the X, it’s time to get out of the lane.

But RAC research reveals many motorists are ignoring the red Xs and ploughing on using closed lanes. Surprisingly, the penalty for doing that was… well, there wasn’t one unless you happened to be caught in the act by traffic police.

Now that came as something of a surprise to us. We’d just assumed that, with all the other tech installed as part of the smart motorway upgrades, cameras that could automatically fine you if you ignored road signs were just a standard part of the infrastructure – but it seems not.

That’s set to change this summer, however, when new traffic cameras will automatically identify vehicles in X lanes. The resulting fines are likely to be £100 and 3 penalty points.

It’s probably worth mentioning at this point that fines collected in a rental car or van will still find their way to you – sorry.

So if you’re driving your hire vehicle on a smart motorway, keep an eye on the signs above you, and make sure you don’t ignore any red Xs.

Talk to us about renting a car or van from TJS now.