Electric, we keep being told, is the future. But if that’s the case, what happened to hydrogen? 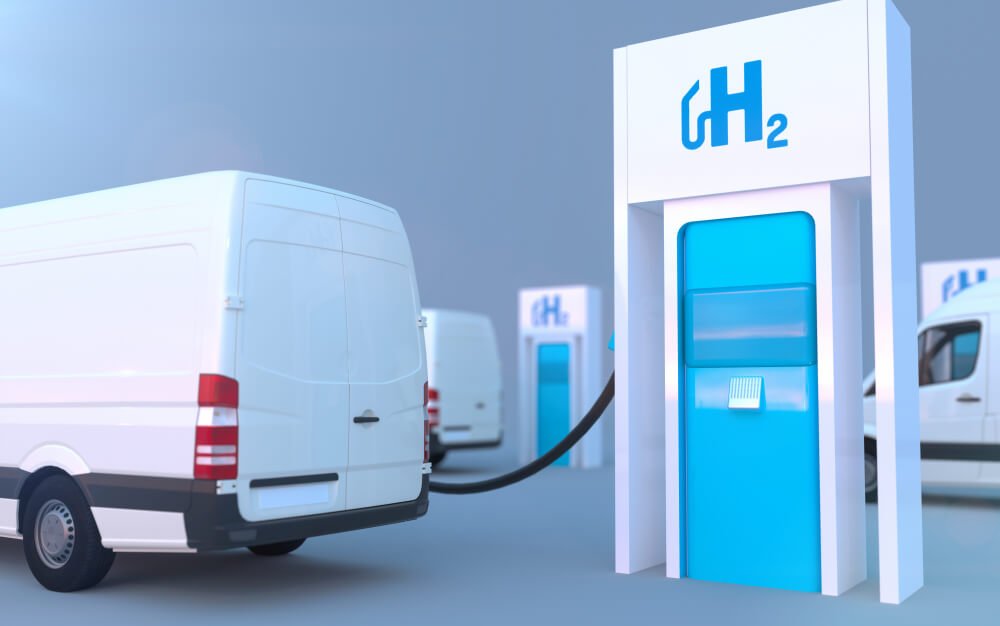 You can’t move for electric vehicles right now. Every time you turn around, some manufacturer has launched a new one. Electric is the future and the lithium ion battery is its champion. But hang on a minute. Before EV, wasn’t hydrogen supposed to be the future? What happened to that parallel universe and could it still be the power behind our rental vans?

Hydrogen is still there, hanging around out of the limelight waiting to seize it’s chance, but the reality is that it’s really feeding off scraps. You’ll tend to see articles about hydrogen whenever EV appears to hit a wall. When you can’t get the range or it’s too expensive, or the infrastructure isn’t there, you’ll see an increase in articles recommending a switch to the most abundant gas in the universe.

But then electric batteries improve, ranges go up as charging times come down and everyone forgets about hydrogen again. Which is a shame, but not without reason.

The problem with H

Electric does have its challenges, but hydrogen’s are bigger – at least for now. Current hydrogen cells require platinum, and as you’ll see when you pass your local jewellers, that doesn’t come cheap. BMW’s hydrogen powertrain is about 10x the cost of an electric equivalent.

If electric infrastructure is still in a fledgling state, hydrogen infrastructure is barely out of the starting blocks. There are currently 15 hydrogen fuelling stations in the UK, with none in Northern Ireland, none in North Wales and none in England north of Sheffield. Six more are planned. At present, though, almost half the UK’s hydrogen refuelling points are within the M25. The rest are eccentrically placed – there isn’t one in Belfast or Manchester or Liverpool or Newcastle, but there is one in Kirkwall in the Orkneys.

Splitting water into hydrogen takes a lot of energy, so whilst the car is environmentally friendly, it’s far less so when you add in the power station. And as 1920s airships and the odd refuelling station around the world have discovered, hydrogen does like to go bang once in a while.

Given all the above, you might wonder why hydrogen remains in the picture at all, and the reason is that not every vehicle will be suited to battery tech – at least not in the short to medium term. Heavy vehicles like delivery trucks and fully loaded rental vans need big batteries, and big batteries are heavy, which will be a range-limiting factor on vehicles that need the best range possible. It’s entirely possible that we may operate a two tier system: EV for domestic vehicles and rental cars; hydrogen for goods vehicles, lorries and rental vans.

So, despite EV’s almost unassailable lead, don’t write hydrogen off just yet. In the meantime, choose a vehicle that’s perfect for the job. Rent your next vehicle with TJS now.