Why the driverless cars and vans you might hire from us in the future could have a surprising ancestor. 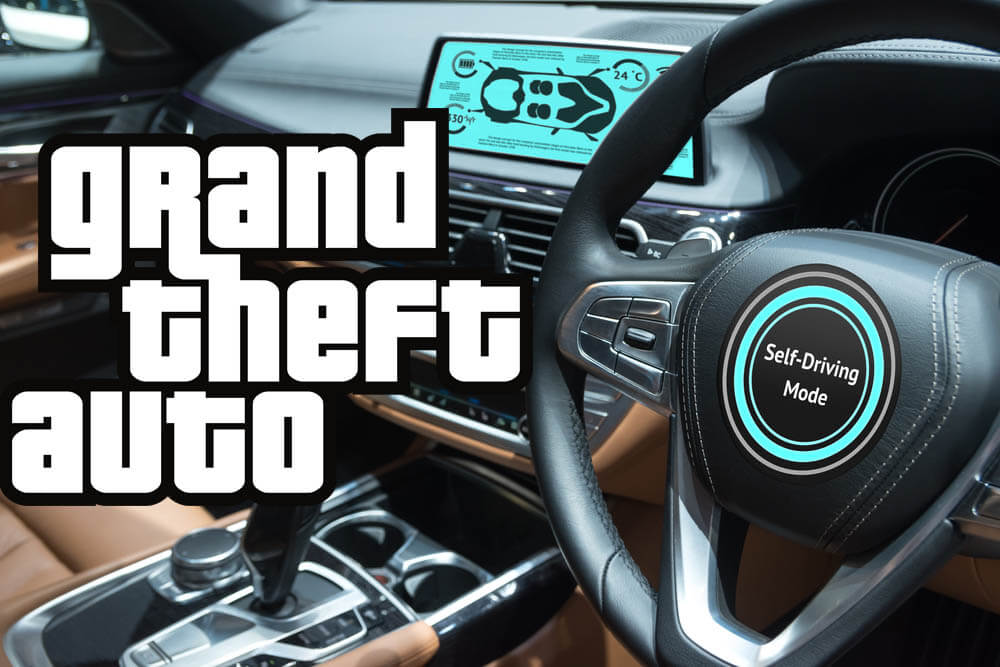 Congratulations. You’ve developed a driverless, automated vehicle. But before you can market it to manufacturers, the general public and car and van hire companies like TJS, there’s the small task of readying it to be let loose on public roads. But how do you train an infant AI to understand what really happens on the road?

Well, it turns out some automotive vehicle manufacturers have found the perfect surrogate teacher in an unlikely please: your kid’s Xbox.

Even if you’re a non-gamer you probably have a passing familiarity with Grand Theft Auto. It’s the video game that, throughout its various iterations, has seen gamers take on numerous murderous challenges. It’s fair to say the violence and adult content has drawn plenty of criticism, but there’s also been much praise for the sophistication of the game’s detail – and it’s this that has brought it to the attention of vehicle developers.

What’s in a puddle?
It sounds a ridiculous question, but imagine you’re driving the hire van or rental car of the future and it’s fresh out of the factory, with no understanding of what’s about to face it. And then, it comes face to face with a puddle. What is it? How does it asses the risk it presents? How does it deal with it?

Its understanding is built on algorithms and those algorithms are built from data, but that data can only be gathered from real world experiences. In a classic chicken and egg situation, the vehicle needs experiences to learn, but can’t be let loose to get those experiences until it has already learnt.

That’s where Grand Theft Auto comes in, because its AI mirrors the real world. When it rains, puddles gradually appear. When the wind blows, litter flutters across the car. When you enter a tunnel you lose GPS. Gravel roads and dirt tracks mean different handling conditions. And, of course, if you play chicken with a train it will sound its horn. Ok, so that’s a less common requirement, but the data the hire cars of the future are gaining from GTA now, could make them much better road users of the future.

The ‘Self Drive’ in our name isn’t (yet) about autonomous vehicles, but if you’re looking to rent a car or van, talk to us now.