Why a journey between two of our depots (and the places around them) could be set to get shorter. 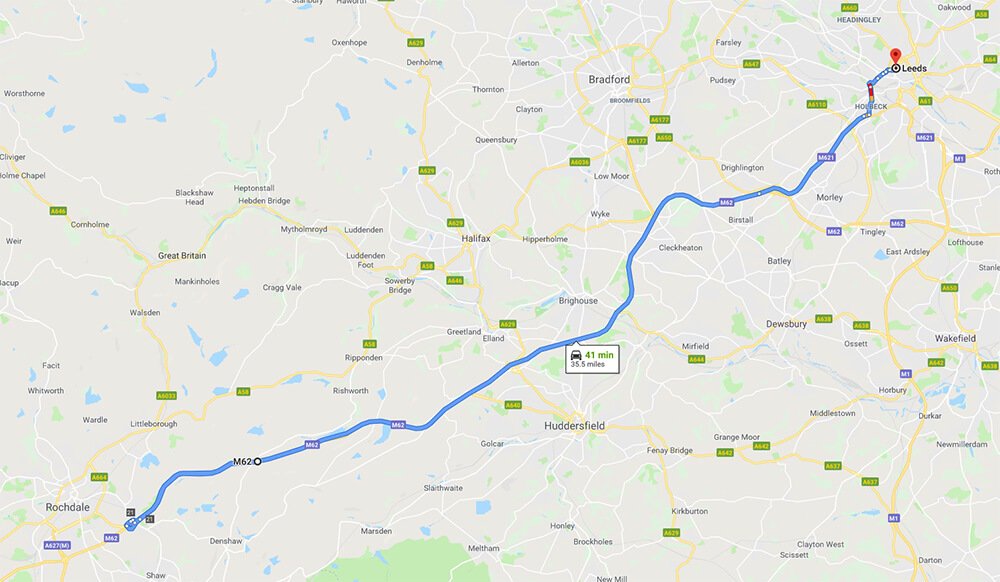 The M62. Britain’s highest motorway, and frequently Britain’s highest car park. If you work on either side of the Pennines but find yourself hopping between Yorkshire and Lancashire/Greater Manchester you’ll be all too familiar with the frustration of sitting in your hire van or rental car watching the minutes tick by in a traffic jam.

The problem is that whilst that are a few more routes you could take across the Pennines, most of them take longer than the M62. Take the M65, for example, that odd motorway which takes you to the eastern end of Lancashire and then just stops. On the M65, a journey to Leeds will typically take you 40 minutes longer despite the route being several miles shorter.

It’s a real problem. And one that causes customers of our Leeds and Bolton vehicle rental centres real frustration.

That may be set to change, however, with news that Highways England is exploring major improvements between the M65 and North/West Yorkshire communities.

As the Burnley Express reported, Transport Secretary Chris Grayling said: “We are investing more than £13bn to improve transport across the North so people can get around more easily, quickly and safely.”

Any changes would take time to deliver, but the hope is that an improved route to Yorkshire via the M65 would reduce congestion on the M6, M62 and around the Leeds area, meaning that whether you were using the M62 or the M65, your journey would face fewer jams.

Most of our customers hire vans and cars and immediately take them onto local motorways, so anything that enables them to cover more miles simply is good news for us and them. Whatever improvements are planned, we’re eager to see work start asap.

Talk to us about hiring your next car or van.