We’ve pulled together stories of driving test failure from the likes of AutoExpress, BuzzFeed and Veygo. 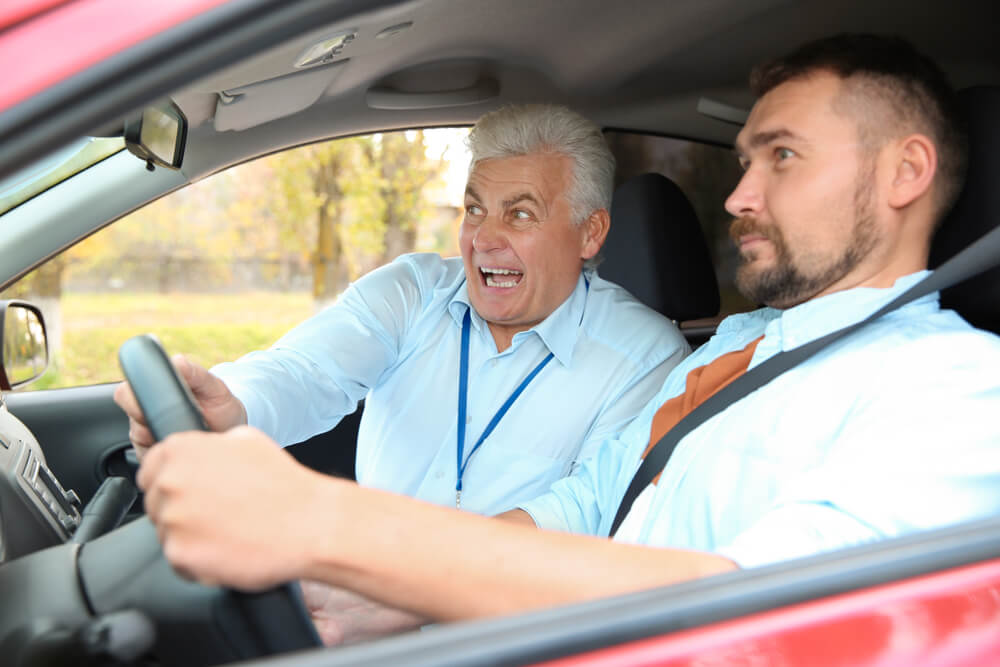 By the time a driver rents a vehicle with TJS they’ll be 25 and (probably) have held their licence for a while. Which means we get to feel a whole lot safer about the people we hire to. But the downside is we miss out on stories like this:

“I had no idea what a three-point turn was so I drove in a circle three times.”

The driver whose best friends surprised him with a ‘good luck!’ sign as he left the test centre, causing him to swerve, almost crash… and fail.

“If the instructor didn’t actually mean drive over the roundabout he shouldn’t have said it.”

One driver was so distracted by the examiner comparing her to Miley Cyrus that she immediately reversed over cones.

Pulling an emergency stop in the middle of the road when you mistake the sun for a red light (!).

One driver was distracted by a ‘good looking’ man on a motorbike . Then, without realising it, she started to drive right at him. The examiner performed an emergency stop…

“I drove past Gordon Ramsay and was so shocked I nearly ran over someone at a zebra crossing.”

“I emergency stopped for a pigeon. Then I missed my turning and drove us to Hereford. The test took 2 hours.”

One driver failed after queueing behind a line of traffic for what seemed like an age… before realising it was a row of parked cars.

“My mum attempted to put the instructor’s knee into reverse.”

One driver reported being so nervous that they set off whilst the examiner was still on the kerbside.

“I failed my written exam because I didn’t know what colour amber was.”

If any of these were you, feel free to choose another car rental company! Otherwise, when you need to hire your next rental car or van talk to TJS.